Profile of the trainer

John Coleman is a Professional Scrum Trainer, a candidate LeSS trainer / LeSS Friendly Scrum Trainer, organizer of ELNA (Executive Leadership Network for Adaptiveness), co-author of Kanban - the Flow Strategy™, and author of Kanban for Complexity™ aka Kanplexity™ with lots of attribution to Dave Snowden & Cognitive Edge for Cynefin and related theory. See https://kanbanguides.org or https://orderlydisruption.com/blogs/orderly-disruption. John did one of the most comprehensive comparisons/contrast of the scaling/descaling frameworks at https://valueglide.com/blog and https://orderlydisruption.com/blogs/grow-agility-for-your-why/mirror-mirror-on-the-wall-preamble-to-1-of-4?_pos=1&_sid=6782b32a4&_ss=r ("Mirror Mirror" series).

John Coleman's blog posts on executives, Scrum, Kanban, Nexus Vs. LeSS, are available at https://bit.ly/JohnColemanBlog. John blogs prolifically on valueglide.com, Medium, CIO Water Cooler, and The Digital Transformation People. You'll be hard-pressed to find more passionate blog posts on executive leadership for the 2020s, LeSS, Nexus, scaling/descaling frameworks, and how to measure success (if it's even possible).

Practicing what he preaches, except he doesn't preach -- he doesn't sell, huh?

John help teams, managers, leaders, change agents, and execs. He can answer all sorts of up to date questions with ease. John coaches, teaches, consults for sustainable growth of agility in non-software as well as software. He created Broad and Deep agility (BaDa) on top of the shoulders of existing theory & practice. See https://www.youtube.com/watch?v=fUen2CeyTDk. John himself is broad & deep from the points of view of agility, people & change.

Standing on the shoulders of giants

John is a systems thinker who happens to be a huge fan of Cynefin and sees the benefits of both, erring on the side of Cynefin where they clash. Most importantly, John takes an independent view. John is also a people & change thinker; he uses Spiral Dynamics Integral (certified to level 2) and other models; even if they are criticized in some quarters as pseudoscience, John finds aspects of Spiral Dynamics helpful in structuring better conversations with people.

More proof he knows what he's talking about, and has done what he talks about

John is grateful to be part of Marshall Goldsmith's #payitforward campaign and, in so doing, offers free coaching/mentoring/co-training to a selection of potential agility chefs. John is a member of the #MarshallGoldsmithLead60 group, a cohort from the 16,000+ #MarshallGoldsmith100CoachesApplicants. It was a privilege for John to be one of a lucky group of 60 people; Marshall Goldsmith himself taught that group in Salt Lake City in February 2018. All of John's workshops #payitforward Marshall Goldsmith content, including Marshall's advice to John himself.

See also John's blog post on how do Nexus and LeSS differ, and his blog post series comparing scaling frameworks. 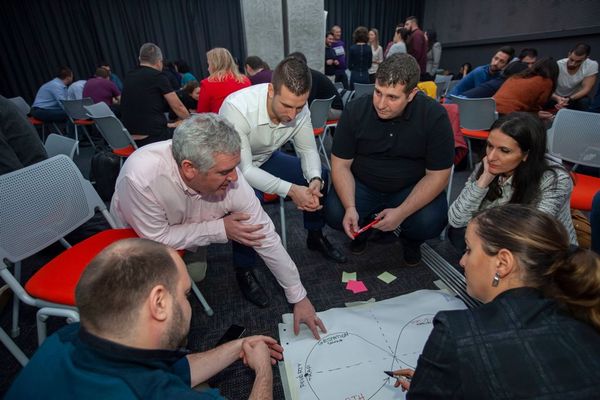 Every PST has his/her own strengths. John Coleman is one of the few LeSS-Friendly Scrum Trainers. John is a prolific blogger on advanced topics, and he leads on content creation for Scrum, Lean UX, measurement, Kanban, scaling, de-scaling, Executives, people & change. John teaches Marshall Goldsmith's techniques at all of his workshops in a #payitforward fashion. All of John's workshops feature Liberating Structures. John Coleman offers a number of practice tests where they are needed. John's client base consists mainly of non-native English speakers (English is the 3d/4th language) in continental Europe. John's clients give rave reviews on Trustpilot, Google and VocalReferences, and they get great results as long as they also put the effort in.